I am generally interested in England’s historic buildings but I have a specific interest in two properties; Birnbeck Pier in Somerset, and Witley Court in my home county, Worcestershire.

My absolute passion is Birnbeck Pier.

I have been collecting images and information on this structure for over 35 years and have become something of an expert on its history.

It was constructed between 1864 and 1867 and many thousands of photographs exist of it, going all the way back to its opening day. Inevitably, all of them, until 1965, are black and white.

After I purchased a good computer with a 69cm, 5K display and plenty of processing power, I decided that I really did need to see how some of the old images would look in colour on a large screen. I wanted to be able to recreate the scenes as they would actually have appeared with completely naturalistic colours and toning.

Control over every pixel

It was critical to be in complete control of the colourising.

Codijy Pro appeared to provide me with what I wanted and I have been extremely pleased with it.

I have gradually increased the size of my projects as I have found that on very high resolution original black & white images, Codijy can produce images that, if sufficient attention is given to creating the mask, cannot be distinguished from actual colour photographs.

Phil is a hobbyist colorizer from UK.

Since 2014, CODIJY has inspired hundreds of thousands of colorists to engage with this impactful digital art. What makes our hearts beat faster?

Millions of old-time photos, Lovingly revived by the codijy user community around the globe 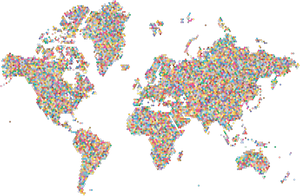 How long does it take to colorize a photo?

From one to several hours depending on your knowledge and image complexity.

How fast can I get required skills?

You may need to colorize 2-3 photos to try out the technology and gain skills.

Join friendly conversation in our onsite and Facebook communities!

This is quickly becoming my "go to" group when I visit Facebook not only to see what others are turning out for work but to have a simple chat and talk with others that share an interest in coloring.

Built with Passion to Colors in Odesa, Ukraine